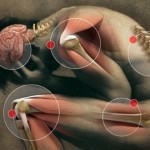 Understanding emotions is pivotal to the journey of healing. It was well known to ancient healers that emotional disharmonies are a primary cause of disease in the body.

In Tibetan Medicine it is said that ultimately all sickness starts in the Spiritual Body. If untreated it drops into the Emotional Body. If unresolved there if drops into the Energy body. If untreated there it becomes Physical. Medical doctors only treat the physical body. They cannot acknowledge an emotional or spiritual imbalance causing physical disease. Despite their own personal beliefs the system has no code for diagnosis or treatments for emotional etiology.

There are 3 causes of sickness – Trauma, Toxicity and Insufficiency- all of which can create environment for infection.

Other traumas and solutions are listed below

Why you got sick? There Are 3 Causes Of Disease

How You get Well? There Are 4 WAYS TO REVERSE Disease

If you were God and were going to invent human beings, would you invent them to be self repairing or would invent them to break down to be drugged and surgically repaired by Medical doctors? The answer is obvious assuming that God is perfect in the first place. So I have recently discovered the long lost repair manual. It is Medical Qigong for Physical, Energetic, emotional and Spiritual Balance.

To further explain the above, emotional stress from anger, worry and fear/anxiety will cause muscular tension that restricts blood, flow, blood oxygen and nutrients from getting where they need. That causes malfunction and eventually developing into sickness and/or premature death.

For example it has been noted that men carry anger in the chest and neck and women in the shoulders and neck. Any neck muscle restriction like teeth clenching restricts blood flow to the head.

Meditation calms and relaxes the nervous system. It relieves tension in muscles and joints. It slows heart rate and respiration. Unfocused eyes and concentration on the breath allows autonomic Nervous system to stand down from red alert.

The autonomic nervous system (ANS or involuntary nervous system) is the part of the peripheral nervous system that acts as a control system, functioning largely below the level of consciousness, and controls organfunctions. The ANS affects heart rate, digestion, respiration, salivation, perspiration, pupillary dilation, urination and sexual arousal. Most autonomous functions are involuntary but a number of ANS actions can work alongside some degree of conscious control. Everyday examples include breathing and heart rate which improve considerably with meditation and qigong.

Dealing with our emotions is the first step into the world of metaphysics, that is beyond the Cartesian model that says only that which can be detected with the 5 physical senses is real.

According to this exercise, an identified and experienced emotion leads one to clarifying the underlying belief. This is something like a domino effect. Coming to terms with a deeply buried belief, diminishes the intensity of the emotion, which in turn ‘cures’ the physical manifestation. But first you deal with the emotion.

We, very often have the tendency to suppress our emotional expression, especially if it is an emotion like anger that we judge to be ‘bad’ somehow. Emotions are meant to be expressed. They are actually, a gateway to the inner being. Like many good things, this exercise takes some time to learn, but once you do, you will be welcoming anything that provokes an emotional expression into your life as another opportunity to learn something more about yourself.

One final note. The name of this exercise is ‘mastering’ the emotions…not controlling them, deleting them, nor is it about always being ‘happy’, which is after all, just another emotion. It is about using emotions that come up normally and naturally for healing the self, for discovering the self, for walking in your own path.

It is also often, also, referred to as ‘9-stepping’, because, curiously enough there are 9 steps.

When you jump into the River of Emotion it takes you to the Ocean of Truth.

The Nine Steps to Master Emotions

Step 1. I recognize that I am choosing to do an emotion……….The first step is to simply acknowledge that you are being emotional. It is surprising how many people are so successful at suppressing their emotions they have lost all touch with their own feelings.

Step 2. Describe the emotion in a word ……. See the list below for labeling the definition of the emotion you have chosen.

Step 3. Accept responsibility for what you are feeling……..

It is said that the only thing you can really control in Life is your own reaction to it. At this point acknowledge that, at some level, it is yourself who is choosing to react, rather than blaming someone else for provoking you.

Step 4. Describe the catalyst or circumstances or event that provokes the emotional response.

Step 5. My belief about myself in this situation is…….

This is a step that a lot of people get stuck on because our beliefs about ourselves, especially the ones we consider negative, tend to be buried quite deep. The key is to keep the focus on yourself. For example, you cannot say  ‘I am angry because she’s a jerk.’ It would be more like, ‘I am angry because I can’t control her.’

Step 6. Is this belief valid? Do I still want it?

If your belief about yourself is some variation on ‘I am not worthy…. do you still want that?

Step 7. What is the carrot (reward)? What is it you hope to accomplish (gain) by expressing the emotion?

This relates to the catalyzing agent.   For example, do you hope to get your spouse to be more attentive, your co-worker more cooperative or your child more obedient?

Step 8. Does this emotion work to get the carrot? That is do you accomplish what it is you want?

Step 9. Do you still want the carrot?

Do you still want to accomplish whatever it is you wanted at the beginning of this exercise? Choose a better response.

Emotions are important and meant to be expressed. They keep us in touch with who we are and with our world. When expressed in a positive and affirming manner, even Anger and Fear have Life enhancing qualities. Our emotions give us power and strength and the ability to communicate passionately and with inspiration.  Mastering them is an important step towards mastering yourself and your world. Please note, that this is not an exercise to get rid of emotions, but to master them.

Anger as Aggravation, Annoyance, Frustration, Impatience, Irritation, Resentment: Loss of control over others or self and the attempt to regain it.

Anxiety: Incapacitating the self to avoid preparing for a situation.

Boredom, Apathy, Indifference: Not taking responsibility for your own happiness.

Depression: Helplessness as a luxury.

Fear: Entertaining a fantasy of danger that has not yet happened.

Grief, Sadness, Remorse: Loss of control over the source of love and affection.

Guilt: Dwelling over a past situation in order to avoid taking action now .

Homesickness: Loss of the source of attention and source of self identity.

Hurt: Denial of responsibility for your own feelings. No one can hurt you without your permission.

Jealousy: Feeling of inadequacy to a known or unknown competitor.

Loneliness: Placing responsibility for your happiness on someone else.

Regret, Disappointment, Sadness: Feeling inferior because things don’t go the way you want them to.

Rejection: Unsuccessful attempt to gain the approval of another.

Self-Pity: Indulging in helplessness as a luxury.

Self-Righteousness, Contempt, Disdain, Indignation, Pride, : Feeling superior to another to feel good about yourself.

Worry: Incapacitating the self to avoid preparing for a situation.

The purpose of this exercise is to help you identify the emotions you are feeling and to help you express them in a more constructive way. While this exercise works with emotions and feelings you may have about yourself, in most cases they arise out of your day-to-day interactions with others. It would be quite easy to deal with emotions if you never had to deal with people. Some people, though, just piss you off, or make you feel inadequate, or hurt your feelings in some way. That’s the way some people are.                        The point is that these situations and these people are not about to change just because you have feelings. It is up to you to take charge of your emotions and how you express them. Ask yourself honestly the next time you pop off at someone, what is it you really want to accomplish. Most people will treat you exactly the way you want to be treated.  It is up to you to be clear about what that means. Finally, think of it this way. Do you still want to be a victim, reacting to what goes on around you, or do you want to take control and act according to the rules you have for yourself?