Home / Blog / Tao of Philosophy of Living Harmoniously and Healthfully

THE TAO OF PHILOSOPHY 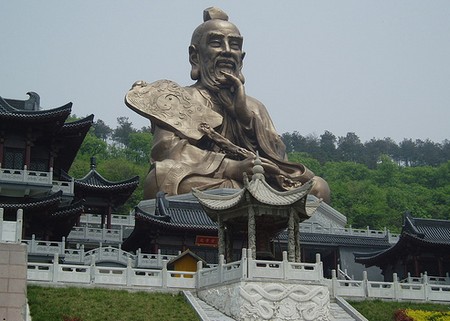 The Tao of Philosophy discloses the logic underlying the way life

unfolds and the purpose of destiny. It is a collection of guidelines that is

spiritual elevation. Based on the spiritual discovery of hidden but ever-

permeating and reliable laws of this universe, the Tao of Philosophy

provides detailed information on the proper methods of government and

Lao Tzu was the most important spiritual Chinese sage. His name, which is also often called Laozi, literally means “Old Master” and is generally considered an honorific.

He lived in the 6th century BC, at the same time as Confucius, who was born a generation after Lao Tzu. He once sought out Lao Tzu who told him “Strip yourself of your proud airs and numerous desires, your complacent demeanor and excessive ambitions. They won’t do you any good. This is all I have to say you.”

Lao Tzu is the father of the Chinese spiritual tradition Taoism, mainly because of his text called Tao te Ching (Tao: the way of all life, te: the fit use of life by men, ching: text or classic).

It is based on the Tao (The Way), which is the creator and sustainer of all things in the Universe, and the practice of doing by nondoing (wu-wei) that enables the disciple to unite with the Tao.

Lao Tzu wrote his only book Tao Te Ching just before he walked away from the Chou empire he served. There are a lot of translations of Tao te Ching, which begins with the very first words of …

This first sentence of his teachings seems paradoxical. In my humble opinion it says that everything that is in the world of form (or the world of the ten thousand things, as the Chinese said) is not the formless animating source, which is not nameable. It is like the analogy of the finger pointing to the moon, which is a pointer, but not the moon itself. Whenever the Tao is named, it is labeled and made into a concept which is not the eternal Toa itself.
If you are interested, Wayne Dyer did a complete interpretation of the Tao te Ching called Change Your Thoughts – Change Your Life: Living the Wisdom of the Tao.

2. “Nature does not hurry, yet everything is accomplished.”

Really a quote to think about. How can that be in the first place: there is no rush and no hurry, but everything works out. Grass does not try to grow, it just grows. Water does not try to flow, it just flows. The only explanation is that everything is done in a naturally perfect way, without resistance and within the flow of life …

3. “Mastering others is strength. Mastering yourself is true power.”

The Inside-Out approach tells us to start with the man in the mirror. Self-mastery is the basis for success, for yourself as well as with others.

To me this means nothing else as being able to form a personal vision for something. Genius for that matter, is to see the potential in something or someone, although not realized yet (“in the seed”). It is the essence of forming a vision of what might be and then going on making it real.

5. “When the best leader’s work is done the people say: We did it ourselves.”

A leader is not a good leader if he is so ego-driven that he is always standing in front of his team, and is letting the team feel it. The most empowering way is to inspire people so that they become able to realize their own potential.

Non-attachment – even or especially to ones own self-image – is the necessity for personal change. If we are open to change and to new possibilities and perspectives, without buying into them blindly, we can grow.

7. “To the mind that is still, the whole universe surrenders.”

This is a realization that can be understood intuitively if we practice meditation and/or are able to quiet the mind of the constant chatter of thoughts.

This emphasizes that getting started is often the hardest part of the journey. Even the greatest thing is started and then continued by single little steps, one after another. It also has the very practical meaning of breaking huge projects down into small and doable tasks, that then can be executed more easily.

9. “Music in the soul can be heard by the universe.”

In my opinion this is Lao Tzu’s expression of “intentions manifesting” or “thoughts become things”, which is also discusses widely as the secret or the law of attraction. But it is really a much more elegant way to put it

10. “At the center of your being you have the answer; you know who you are and you know what you want.”

All you need to really find yourself is to look inside. It reminds me of what Eckhart Tolle said at the beginning of The Power of Now: Those who have not found their true wealth, which is the radiant joy of Being and the deep, unshakable peace that comes with it, are beggars, even if they have great material wealth.”

8 Pillars of Taoism
Tao of Revitalization with Medical Qigong