Cancer is expensive, Healthcare is cheap

PREVENTION IS THE ONLY CURE 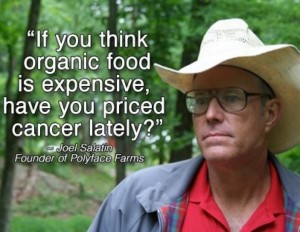 How do you vote with you Dollars? 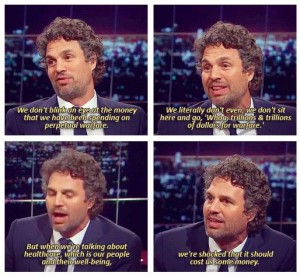 In my opinion, except for these emotional and spiritual considerations, the other most significant reason for the occurrence of cancer today – is the current abuse of medicine by the medical community. This is counter to the physician’s primary adage – “to do no harm.” This situation has evolved and slipped in under the radar of our awareness. We must become more alert.

Since the seventeenth century birth of anatomy and biology, the idea of separating spirit and body has been dominant in western medicine’s development. In the twentieth century as civilization progresses, modern western medical theory is being perfected day by day. Many kinds of diagnosis and treatment methods have emerged. Attempting to keep up with the pace of change has seriously impacted the regular life rhythms and produced a hurried and stressed environment. Attention is no longer being paid to the ancient Chinese knowledge that: “Heaven and humans are one and body and spirit are one”. There must be a balance of Yin and Yang inside the body and the body must be treated holistically. Western medicine still approaches healing through isolated symptoms. It addresses the headache to cure the head and the foot ache to cure the foot and by prescribing a few tablets or injections is able to achieve an immediate effect.

More and more patients realize nowadays, that there are far too many doctors that merely inquire about a patient’s illness and then prescribe medicine and injections immediately. They do not treat the illness holistically. Over time this has serious consequences because there is great potential that the immune system will not only be suppressed – but actually destroyed. The body’s own innate defensive capability toward external illness is lowered over time with continued drug use. Thus the human body – an efficient little universe – experiences great destruction to its ecosystem balance.

The cancer cell takes advantage at this weak point, to enter and build up a “kingdom of cancer”. Cancer literally blooms in the body. These cancers that occur from spiritual element, yin-yang maladjustment and the whole immune system running at a low level have not made us wake up. People still expect physicochemical and biochemical methods to kill cancer. Indeed, I don’t deny that vaccines, antibiotics and bio-preparations have provided a great service to humanity. They have in fact helped to cure many infectious diseases that are seriously harmful.

Yet we must clearly realize that these medicines also bring about serious side effects. Over one thousand years ago the founder of Ch’an, Shaolin Martial Arts and Zen, Damo, explicitly pointed out “Do not mention drugs when curing illness, because there are real and false drugs, and in addition drugs have negative side effects. Even though illness is relieved, poisons from the drugs are still left in the body and occasionally due to other factors, such as diet or weather changes, one can fall ill with another disease.” Therefore those who cultivate themselves with the disciplines of Qigong and Taoism must refrain from drug usage and guide their own innate ability to heal themselves. Just as people have seriously damaged the earth’s ecological balance to satisfy their own desires, nature certainly will act with cruel revenge. The human body, the small universe, cannot escape the punishment brought about by abusing drugs and breaking the body’s ecological balance.

Cancer happens when the whole body’s immunity system is low or sometimes even lost. Modern medical science however, still uses the method of “headache to cure head and foot ache to cure foot”. It is also common for many clinics – “to see the cancer but not the person.” The emphasis in medical treatment presently is on how to destroy the tumor. The requirement to arouse the patient’s whole potential and innate abilities to kill the cancer cells naturally has been completely ignored. As the direction is wrong, many types of chemicals and radiotherapy are used to attempt to destroy the tumors, as the patient now requires this. I don’t deny that chemicals and radiotherapy have some ability to kill tumors, but the drugs being used to restrain and kill the cancer cells are at the same time killing normal body cells. In particular, the marrow haematogenous cells and gastric mucosa epithelia are the most heavily damaged. Also, the thymus lymphocytes and white blood cells, which are the body’s most important defense, suffer long and serious damaging influences after chemical radiotherapy.

This treatment, through not distinguishing between which is the enemy and which is the friend of the body, causes much damage and lowers the body’s immunity or even wipes it out completely. It is so serious, that the patient’s weak spirit defenses can collapse after chemical-radiotherapy; this then causes the whole body apparatus to give up and die quickly.