According to Health and Human Services figures in 1996 the number one cause of death in all ethnic groups was heart disease, including myocardial infarction, hypertension and stroke. All types of cancer was the number two cause of death. And The number three cause of death was diabetes and its complications of foot amputations, blindness, etc.  According to the American Heart Association the causes of heart disease are smoking, lack of exercise and poor (high fat) diet.  Now in all intelligence, how can taking a drug offset another drug like nicotine (smoking)?  How can taking a pharmaceutical drug balance lack of exercise?  How can poisoning your body offset a high fat diet?  Assuming the American Heart Association is correct and I think that they are, the profession of cardiology is not interested in treating the cause of heart disease, but merely the symptoms. 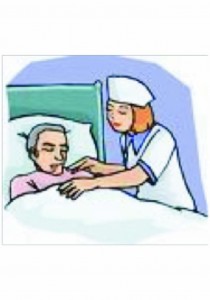 Asking your oncologist why you have cancer, will not produce satisfactory answers. The causes of Cancer are unknown out side of environmental poisoning and heredity according to the American Cancer Society.  The treatment however, is surgery and Chemo/Radiation.  That is like using a Bazooka gun to kill a mouse.  Sure, you get rid of the mouse but your house is full of holes.  Using chemo/radiation is like blowing up your transportation system because of a traffic jam. Why would you poison your blood and potentially destroy your kidneys and liver just to kill cells that have mutated because of your own ignorance of diet and lifestyle? if you knew the cause of your cancer, would you try to reverse it naturally? Using Oriental Medicine to reverse the process of tumor formation, Surgery and Chemo/radiation becomes an option rather than standard treatment.

Adult onset Type II Diabetes is an autoimmune deficiency disease.  It  is caused not so much by sugar intake, as fried foods, heavy starches and refined flours like bread and bagels. It can also be caused by iatrogenesis – the taking of drugs for other diseases.  Pregnancy complications can cause Gestational diabetes.  Why would you take a drug to control your blood sugar when you can change your diet? Some Medical doctors would say that patients will not comply with dietary changes.  I have asked many diabetics if they would change their diet to get off medications, and none have refused!

Taking drugs is a choice and I am not blaming medical doctors.  They are only doing what they have been trained to do, PUSH DRUGS!  When first year medical students attend class the first week they are given a doctors bag with prescription drugs in it.  The message is quite clear, their job is to prescribe drugs. 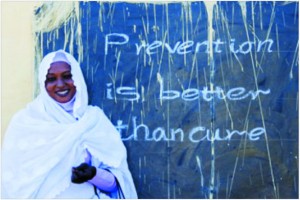 The science of logic dictates that if your premise is wrong, no matter how logical your argument is, the conclusion will be wrong.  The premise of Western Medicine is that humans are mechanical creatures that can repaired with interchangeable parts.  The premise of Oriental Medicine is that humans are electro-magnetic creatures that must be self regulated energetically.  The Western physician is a Mechanical engineer and the Oriental Physician is an Electrical engineer.  They are both engineers but what are they working on, and which system will yield the best results?

What is the alternative to drugs and surgery?  The answer has been around for over three thousand years. The Eight Limbs of Modern Oriental Medicine are Diagnosis, Breathing, Meditation, Exercise, Massage, Food, Herbs and Acupuncture.

The Yellow Emperors Guide to Internal Medicine dates back to at least 300 hundred BCE.  In Sri Lanka, stone tablets written in Sanskrit describing acupuncture meridian therapy date back to 1000 BCE.  The Medical papyri of Egypt date back to at least 1800 BCE where they describe both the circulation of blood and Chi through twelve vessels, which is the basis of Oriental Medicine.  Gold and silver acupuncture needles have been found in Egyptian burial sites.

Breathing exercises will correct many emotional problems before they become physical problems.   Oriental medicine is based on the circulation of Chi or Qi. This Chi is electro-magnetic energy that circulates through carefully defined pathways called meridians.  The literal translation of Ch’i is Breath.  This corresponds to the ancient Greek element called Pneuma or air that circulates within the body.  According to Tibetan medicine, the ultimate cause of all disease is a spiritual imbalance.  Observation shows us that when the spirit is weak, the breathing is shallow.  Picture if you will, a child observing her parents argue, or being abused, or feeling her siblings are the enemy, will contract her abdominal muscles, tense her body and hold her breath. This reduces the circulation of chi and is the origin of all disease.

Meditation is a major tool in the Oriental Medicine Bag.  Unfortunately it is not part of our culture and we tend 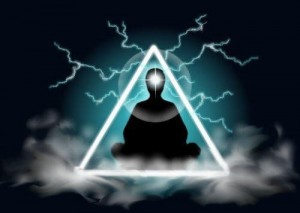 to lump it into esoteric, occult, anti-religious and cultist fads.  Adults create for themselves, job stress, money stress, in-law stress, etc.  They worry and are anxious about things they have no control over.  This mental stress is distracting from basic things like eating and sleeping.  We make poor food choices and do not get quality sleep when we are mentally stressed.  Meditation is the best way to still the mind, calm and relax the nervous system.  Meditation is the flip side of prayer and is a powerful daily ritual that helps you accomplish your goals.

Exercise in the West is considered good for cardio-vascular strength and muscle training, however the other benefits are not well understood.  When exercising, one gets hot, which creates an artificial fever in the body that kills viruses, fungi, bacteria and parasites.  If one exercises daily for 30-40 minutes, one automatically strengthens the immune system by routinely killing microbial infections.  Secondly, one perspires when hot, which opens the pores of the skin to eliminate toxins. Lastly, exercise squeezes and pumps the lymphatic system which increases function of the immune system and blood flow back to the heart.  The best exercises were invented in Asia which include Taoist Yoga and Medical Chi Gong. Meridian Chi gong activates the acupuncture meridians and stimulates the internal organs.  Tai Chi is a martial chi gong which has been adapted for health. 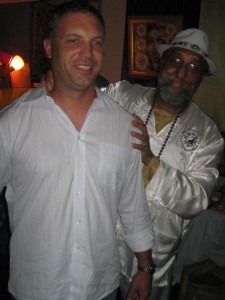 There are eighty text books on Massage therapy written in the last two thousand years in China.  Only five of them were translated to create what we know as Swedish Massage.   Chiropractic or spinal manipulation was also described in writing at least one thousand years before D.D. Palmer invented Chiropractic manipulation.  All of the modern massage techniques such as Trager, Rolfing, Soma, Osteopathy, Cranial Sacral, etc. were known in Chinese and Tibetan Medicine.  Other techniques are Thai Massage, Ayurvedic Massage, Tibetan Massage and Tui-Na which is Chinese Medical Massage.  Tui-Na includes joint and spinal manipulation.

Chinese Dietetics or Food Therapy is part of the development and culture of China and practically all of Asia. Through observation and understanding of seasonal change and availability of foodstuffs the Chinese, Persians, Hindus, Indonesians, etc. were able to make medical decisions part of the culture.  For example the seasoning we call curry powder is actually a medicine.  The five culinary spices of turmeric, garlic, cayenne, black pepper and ginger all have medicinal properties. Because refrigeration was non-existent until modern times, preserving food was a problem.  Using these spices all together was a way of strengthening the immune system to prevent food poisoning.

Modern Chinese Herbal Medicine has developed a way to increase the potency of herbs and decrease the dosage. Typically one needs fifteen to thirty grams of herbal medicine to be effective.  This translates as ten to fifteen capsules per day, which many Americans would consider too many pills to take.  The ancient way of Herbal healing was to place the herbs in a soup pot that everyone in the family ate from, because if one person was sick, eventually they all would become sick.   When you read the names of Chinese Herbal formulas you  will usually see the word Tang at the end.  Tang means soup. Herbal Medicine or Herbal Food Therapy was both prevention and treatment.  Herbs could also be prepared as pills (wan), drinks (jiang), liqueurs (chieuw) or granules (kampo).

Acupuncture is the eighth Limb of Modern Oriental Medicine. Jing-luo or Meridian Therapy is what the Chinese call their medicine, not Acupuncture.  Magnets, sound waves, laser light, electrical stimulation, heat, suction and pressure are used to stimulate the meridians.  Another ancient name translated as Heat and Pressure, is today called, Acu-Moxa therapy.  Acupuncture or Meridian therapy is the last resort in the Chinese Medicine Bag.  It is the inferior Physician who waits until his patients become sick before treatment.  It is the Superior Physician who teaches them how to prevent illness.

The Superiority of Modern Chinese Medicine is demonstrated in the treatment of Degenerative Disease.   Heart disease, liver stress, kidney failure and lung diseases can be diagnosed up to five years before Western diagnostic equipment.  These can be treated preventively with food, herbs and acupuncture.  Aging is a natural process, however in the West we suffer from pre-mature aging and young people suffer from diseases associated with aging such as arthritis, heart disease, stroke and cancer.  Through proper lifestyle such as breathing, meditation, Chi Gong exercises, regular massage therapy and food therapy we can prevent Degenerative diseases such as diabetes, arthritis, strokes, hypertension and cancer.  After your illness is revealed then Herbal Medicine and Acupuncture should be considered as the first form of treatment.  When your chi is depleted to the point the point of no return, then and only then should drugs and surgery be considered.

Tongue Diagnosis is a way to see into your body