Home / Blog / Dr. George Love will make you a Physician in your Kitchen

Dr. George Love will make you a Physician in your Kitchen

George Love will make you a Physician in your Kitchen

His patients and friends will be the first to proclaim that he cooks delicious Vegetarian meals that are healthy. Food became George’s first passion as he learned the difference between a gourmet and a gourmand. Learning to cook from his grandmother at age ten because a disabling fall sidelined his mother for a year was an opportune event. His father was a chemistry teacher and he spent a lot of time experimenting with food and chemicals. Those early experiments paid off. The one who stirs the pot is not a chef. A chef is a visionary who experiments with flavors, colors and textures. The more mistakes you make the better you get. The second lesson was becoming macrobiotic while he was in acupuncture school and he later married one of the top macrobiotic chefs in New York who cooked for Gloria Swanson. She also cooked for many cancer patients who went into remission. He absorbed her Macrobiotic cooking for three years before becoming proficient in vegetarian cooking. Teaching cooking classes at the Imhotep Center for Preventive medicine for five years he incorporated Chinese Dietetics and Ayurvedic nutrition. Along the way he learned the Pritikin Plan, Natural Hygiene and Gerson Therapy.

After a painful divorce he gained twenty pounds and moved to Florida where he met his future wife, another gourmet vegetarian chef. His third lesson began when she healed him with her food in less than a year. She began to work at his acupuncture clinic and together they applied the knowledge of herbal medicine to food. The clinic and school became the premier learning institution for food therapy, The Kitchen Physician School of Natural Healing. Dr. Love authored The Kitchen Physicians Guide to Fasting & Internal Cleansing in 1985, You Won’t Find Love in the Refrigerator in 1997 and The Kitchen Physicians Guide to Food Therapy in 2004.

When the state of Florida, in its infinite wisdom decided not to license any more nutritionists, Dr. Love decided to teach Food Therapy and eventually certify people in Juice Feasting, Vegetarian cooking and Raw Food preparation. If you would like to upgrade your skills or learn how to make money with food you can register for one of Dr. Love’s Vegetarian cooking classes or the certification program by calling 4 Doors to Health @ 561-502-6200 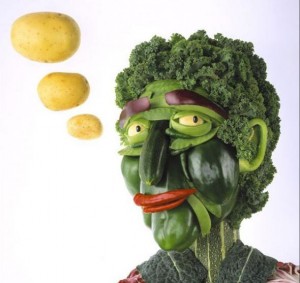